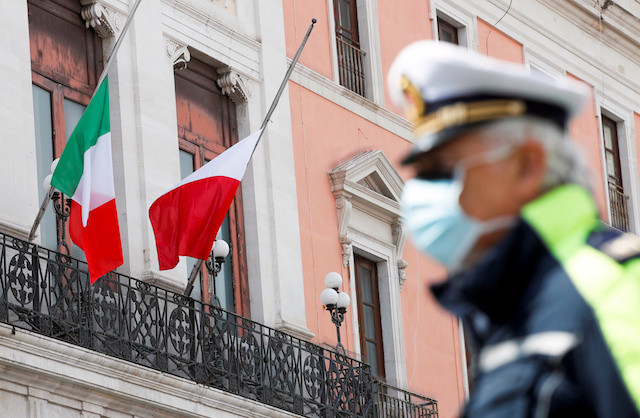 Today we are going to talk about Coronavirus (Covid-19),and how this virus is going to affect the economy surrounding us in the next decade,the major example we are having is the Italian model,every single person upon the planet can claim that the world After the days of that epidemic spread will be totally different then the days before it.

the Italian economy is now now witnessing a huge change in its structure the structure of the Italian economy will be changing from being an economy characterized with an ageing population into an economy which is having rectangular shape model meaning that they will be having a percentage of younger people that is near the older one that used to dominate the model in the past years.

Coming now to the point that relates to the relationship between Italian and the European Union it will never be the same like before Italian people I have learnt my lesson and now.they will be  totally different messages for dealing with the neighbouring countries.

the production possibility Curve Italian economy will be switching for more production of goods and services they think it will be hard to obtain in the eras of crisis,the switching for more production of Medical Supplies will be one of the priorities of the italians although the probability that the problem repeat is very rare but the local sanctions that the people will impose on other European countries will make a huge difference within the international relations policies for the country.

the Dark Days Are the Italians have seen will make them think twice before getting back into any suggestion for their past membership memories to the union , in the same time the country have already started to adopt a more conservative relations with their neighbours and adopt on open policy with chira, the only country that have shown a real support for them in this crisis.

there is no single evidence that life before Corona will be the same as life on this planet after it and for a country like italy, the changes that will be seen within their demand models and consumer behavior will make every single person in this Country to reorganize his/her priorities totally after then , it is doubtful that the birth rate might increase in the italian lands due to the Population structure there, but on the other side the net migration might see a totally different shape for the wealthiest side of the community, the effect of this migration may not be visible for the people because it will be compensated by a larger immigration that will continue from the african lands

finally, the most important question for our article is that do Italians themselves have the ability to imagine life after Corona and do they believe basically in life after Corona, that is the question we are waiting for its answer.

covidcovid-19economyitaliaitalianitaly
error: This content is unique and protected , dont try this way again !